Naar de inhoud springen
So after 9 weeks of preparation on a programme Wim designed for me I stepped on the platform last Sunday to compete at Dutch Nationals 2018.
It was my third Nationals after my first in 2016 where I got the silver and my second, only a little over 4 months ago,  (december 2017) where I competed while working myself back up from an injury and raked up the silver again. All the competitors in my class who competed at  Nationals 2017 and more were competing too at Tilburg University where TSKV Spartacus hosted the event.
The task was clear. Just as the goals and the mindset that should go with it. After  all the training, whining, tears,laughs, and longing I was going to compete for one thing only: the title of Dutch national champion. 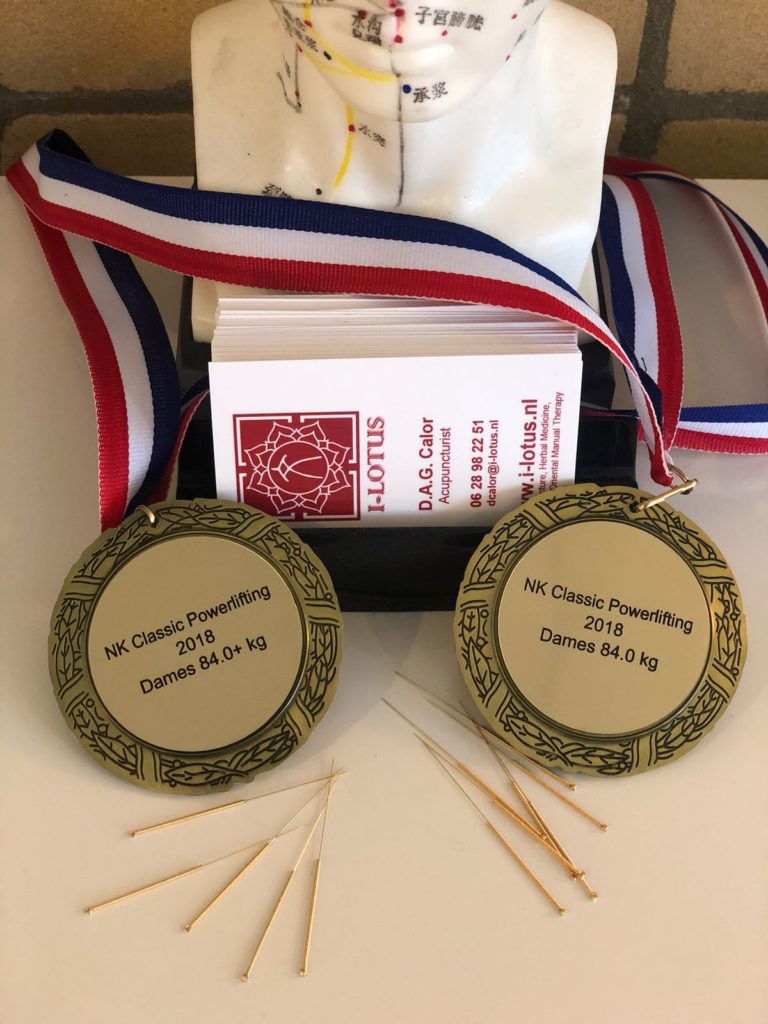 When meetday rolled around, the weather managed to play a suprise on us because never in my short career of lifting I had competed while it was this sunny, warm and humid. So it is safe to say having trained in Surinamese heat , no airco, bathing in sweat without any knurling on the bar for two winters in a row came in  really handy Sunday.

During warmups there was one moment where I kinda  almost freaked out and tried to vent to coach about it. That was a great idea… NOT  hihihi because in pure Wim fashion he immediately silenced the hell out of me making absolutely sure and clear no energy would be wasted on that today… Satan. Wim wasn’t going to let ME, MYSELF AND I,  be the person to stand in the way of my own succes and so when the meet started shortly after, the only words that came out of my mouth  everytime he said something were : Yes Wim.

Squats , bench and deadlifts all  went great.  I managed to keep my technique better and was able to correct myself where needed, wheras I had not been able to on previous occasions where things got hot and heavy (pun intended).  I stayed in my zone and in my lane – which for some reason was described as angry and extravert on the livestream commentary – but is actually more custom Zombiemode with the occasional smile,  if you don’t believe me ask Mirthe de Haan ?.

The result of all of this was a 27 whites & 9/9 performance -> see here<-
(SQ 170/ B E85/ DL 213 totaling 468 kg), with meet prs across the board, a chip on the national deadlift record,because that was all it needed for now ? and a qualifying total for European Classic Championships in Lithuania later this year.  And the cherry on top : I took home the gold in the 84+, got to stand on the #1 spot and wheeled in the title of Dutch National Champion. 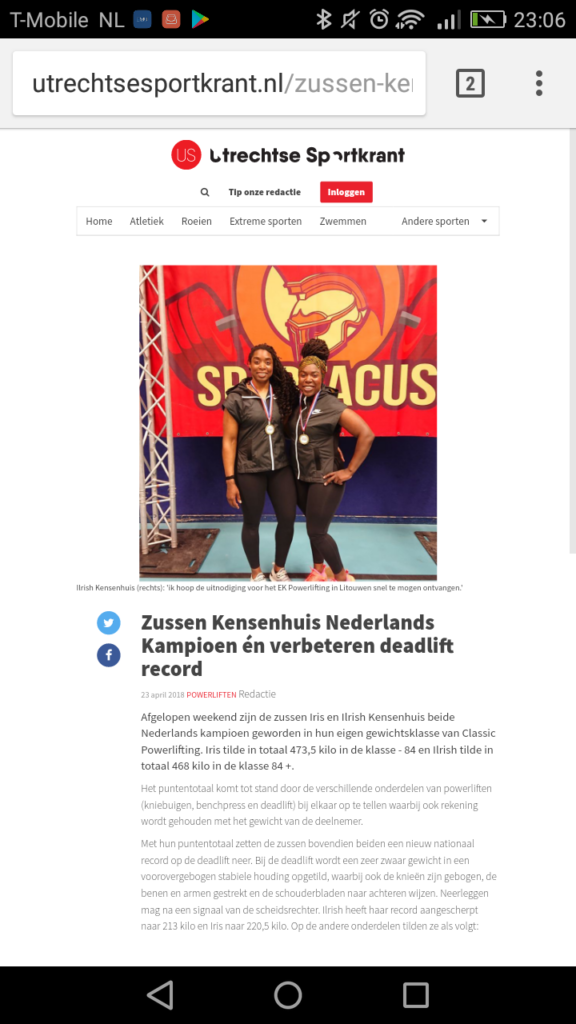 After the meet Iris , Wim and I went for burgers & icecream and we got to treat coach to a double burger for his double accomplishment that day because Iris -she will blog on it –  managed to scoop up a gold medal as well!  Wim could have opted to be somewhere else that day, but he chose to be by our sides (knowing the results we got were part of his mission) and for that we are forever grateful.

And after seeing first hand all Iris has been through these past two years I could not be more proud.  I was beaming so hard when I saw her break the -84 deadlift record again, and was humbled knowing that – despite all trials and tribulations- I have one of the strongest  females -in numerous aspects that is- around as my very own sister. 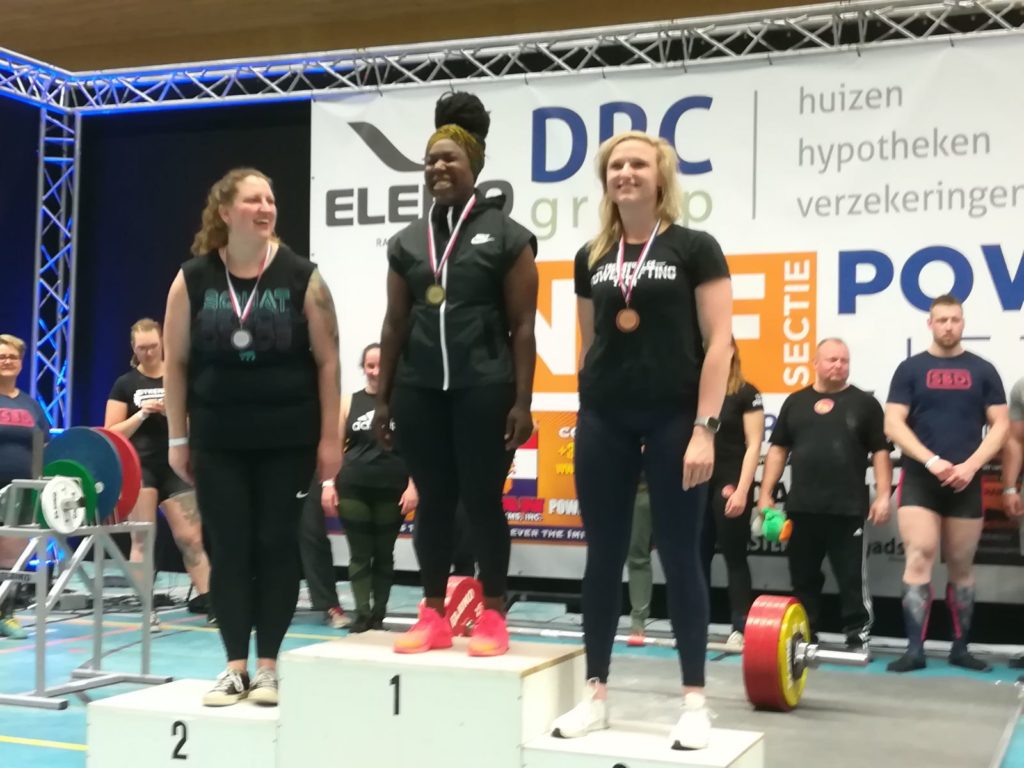 This past week new plans were made and I am excited to start another cycle towards my new goals.  With the continuing magic of my physiotherapist Sjors Schipaanboord #mymedicalcenter and my go to acupuncturist Dopey Calor @i_lotus_therapy by my side ofcourse. During this cycle I will continue to focus on what I need to do to lift according to my potential and also will keep putting myself first. Even when it gets uncomfortable I’ll start where I am, use what I have and do what I can. I will also listen to coach more often and tell him his new favorite sentence every once in a while. He already told me the aim for the end of this year…..

I told him Yes Wim!